According to historical records, the Angulum Cluster has been an important hub node in the Lagrange Network from the times of the Sacrum Chu Imperium. It consists of three stars that form a special stable triangular structure.

Since the establishment of the Sacrum Chu Imperium, this cluster has been jointly operated by the Trujillo Clan and its three subordinate factions. Supported by the rich resources of the three-star system, many huge space cities were built here. In this cluster, an unimaginable huge network connecting the three-star system was built, making it supposedly one of the most prosperous hub clusters in the times of Sacrum Chu Imperium.

However, a serious Warping Reverberation that broke out in the later stages of the galactic war devastated the entire cluster. To limit the expansion of the Warping Reverberation, all stargates in this cluster were forced to close. Since then, Angulum has lost all contact with the Lagrange Network.

Thereafter, the outside world never heard about the internal situation of this prosperous and ancient cluster.

However, limited by the complex environment in the triangle area, the exploration team has trouble completing exploration and collection work.

Navigating
in the Triangle Area

The warped space is extremely chaotic in the Angulum Cluster, meaning that any ship that attempts to Warp Drive will be torn to shreds by space warping.

As a result, fleets cannot activate Warp Drive when they come here and must rely on the normal cruise mode to navigate through the area. In addition, the chaotic warp space may also cause engine and navigation instrument failures, so even experienced commanders need to be careful in this cluster.

Commanders need to learn to explore and operate in new star system environments without Warp Drive mode, which will be a completely different travel experience, as well as a new adventure and challenge.

The image shows an exploration fleet docked on an asteroid after encountering an oncoming high-speed star, forcing the fleet to destroy it to protect the fleet and everyone in it.

In the Angulum Cluster triangle area are many areas affected by chaotic space warping, and many small stars are rotating irregularly at high speeds, completely ignoring the rules of physics. These stars range from 2km to 7km in diameter, move very quickly, and have unpredictable trajectories.

During an exploration, fleets may encounter and engage

these high-speed stars. If the ships have powerful enough weapons, it is possible to destroy them before they hit the fleet. Otherwise, the fleet may sustain massive damage from the collision with such high-speed stars.

Exploring
Inside the Relics An Auxiliary Ship is exploring the interior of a relic so large that it has blocked out all starlight. In this dark environment, the ship can only illuminate part of the relic with its long-distance searchlights.

If you stand on the side of the ship and look out, you will understand just how big this relic is. This existence from the past is just like a giant in ancient myths, and it overlooks all future visitors coldly in the silence. Footage Sent Back by the NOMA Expedition.

According to the analysis of the footage by dozens of space archaeologists, there are many relics related to the Sacrum Chu Imperium in the Angulum Cluster.

However, no historical records of this cluster have been found so far, and it is difficult to prove this inference based on analysis alone. We can only explore and investigate this cluster deeply to find data that can be used to recreate the historical appearance of this cluster. The image shows a fierce battle between ships in a relic. The highlight among both sides is the Ediacaran - Auxiliary Ship designed by NOMA Shipping Group. 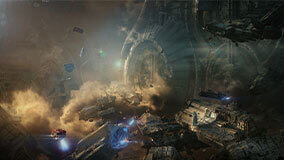 The image shows several Engineering UAVs searching for reusable resources that can be collected in the wreckage of a large ship.

The Angulum triangle area is filled with lots of floating ship wreckages and broken parts of relic buildings. Fleets that explore them deeply can collect some reusable resources and items from these wreckages and parts. Please note that failure to navigate carefully may result in your fleet becoming one of these wreckages.

According to records, a NOMA expedition fleet overcame many obstacles in the Angulum Cluster, where space warping confusion was very serious, before finally discovering a huge Sacrum Chu Imperium relic.

The painting depicted a prosperous scene of Angulum before it was affected by the Warping Reverberation.

This painting of ancient times gives us a glimpse of the Sacrum Chu Imperium in its heyday. Even after thousands of years, the glory from the past shines through these works of art in the present day. How many lost and unknown secrets have been left behind by this empire that was once the most powerful force in history and has now perished for thousands of years?

To commemorate this discovery, the ship designer Neal K designed a Premium Livery called Twilight of the Sacrum Chu Imperium and integrated elements of this painting into its design, making it what we see today. 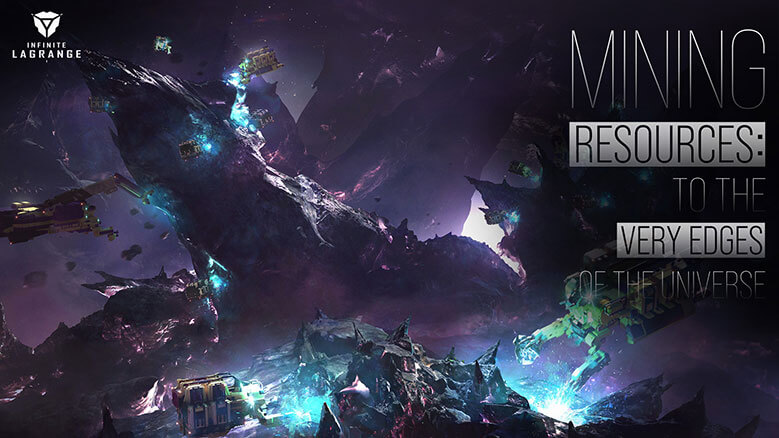