Dear Explorers, Live long and prosper!
We are glad to inform you of recent updates and previews regarding Data Rescue Agreement and Midway Join-in, the newly added function.

Stellar jets as a unique feature in star systems of Data Rescue Agreement, is actually the high radiation emitted intermittently from the center of stars, which wreaks havoc on fleets and structures. To better serve this setting, the current gameplay will be modified and supplemented as below:
When stellar jets in decay, explorers have chances to find fleets debris of other Galactic Factions in radiated zone. Some of the ships' core and keel structures may have not been completely damaged yet and can be available for use after being repaired. Ship wrecks (In case of changes, the online version shall prevail)

The engineering work of recycling debris is far easier than that of collecting materials and data at space station ruins. Therefore, ships of any kinds can complete the collection in short term. It’s likely to find Capital Ships and Super Capital Ships of varying types in debris of different sizes and also precious experiment statistics.

Fleets debris will be drastically ruined at next stellar jets eruption, so explorers should get ship wrecks collected in time.

To provide you with better gaming experience, the mechanism and values included in Data Rescue Agreement are adjusted as below:

1. Shorten the duration of stellar jets, reduce the radius of the high-energy radiation area Stellar Jets (In case of changes, the online version shall prevail)

Privateers are considered to be too active in star systems where stellar jets erupt at times, so the recovery time of privateer fleets in ruins is prolonged to 24H from 1H.

3. Speed up the experimental data collection

Explorers will collect more experimental data with the same time taken after the update, enabling more possibilities to guard and fight for data, thus making the game more strategic and interesting.

In the Lagrange galaxy, explorers can check and sign various exploration agreements released by Galactic Factions at the hub star system. It’s found that the open frequency for some systems may fail to meet your requirements, for this reason the new feature “Midway Join-in” will be added.

The Midway Join-in Agreement will be available after system exploration started for a while, explorers can still sign up and join in these systems to explore and expand with those who are already there.

(In case of changes, the online version shall prevail) 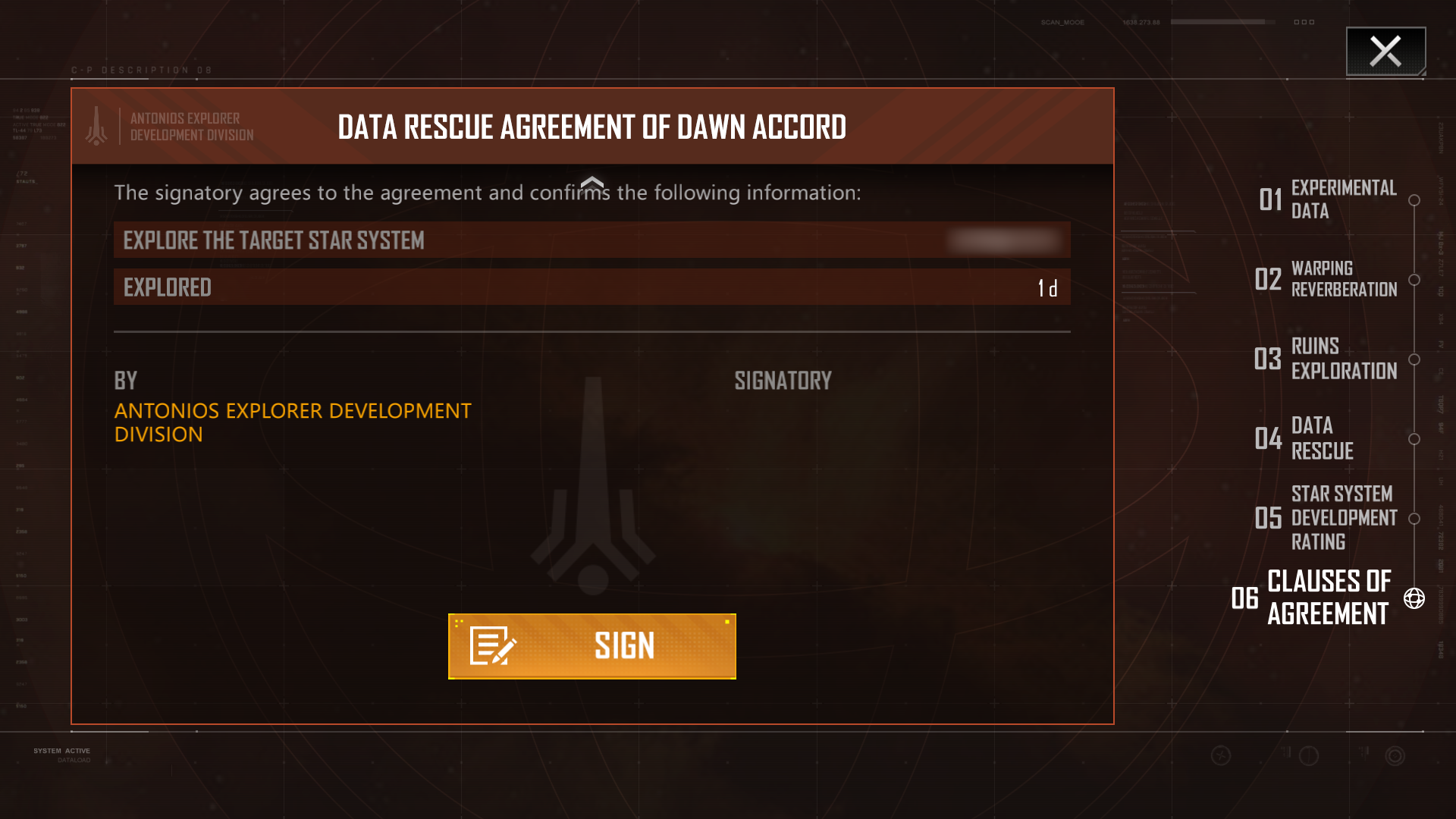 Signing the Midway Join-in Agreement (In case of changes, the online version shall prevail)

Once this feature is online, all explorers at the hub star system can sign up for any systems available to explore. Notification after a union signing up for the agreement

(In case of changes, the online version shall prevail)

The latest updates and previews are listed as above, which are expected to meet you all on June 22nd. Thanks for your love and support.